If the last six weeks at the Liew’s Habu farm could be called anything, it would be the Season of the Bug. Caterpillars- all hunched and green, lady bugs- shiny and black, slugs- sly and slimy, snails, you name it- they came.

They have inundated the brassicas by their thousands. It’s like carnival for bugs. They have been particularly attracted by the slow growing cauliflowers and broccoli. One day we extracted more than 50 caterpillars from a single broccoli head.

Nothing deters them- such a rambunctious army of ratbags they are. They wait in the shadows until the strong new seedlings have been tucked into the soil and staff have knocked off for the night, then descend, en mass, for their evening parties. 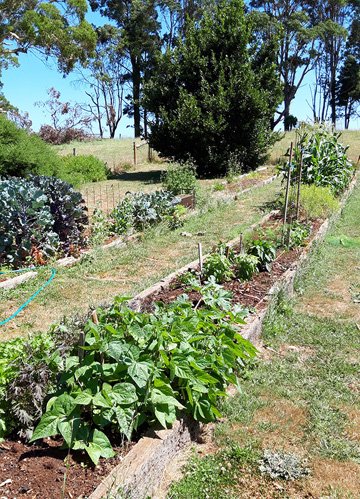