Six weeks ago we launched a new payment initiative at the Liew’s farm.

Truth be told, everybody was getting a little swamped and overwhelmed with the number of varieties and their specific growing conditions. On top of that, Mr and Mrs Liew were working too hard, just when retirement was supposed to be heading their way. Seven days a week, 12 hours a day. We were afraid breaking point was about to start knocking.

Clever John suggested handing part ownership to the farm staff. They are in the front line, so to speak, he said. They see the different varieties every day. They understand them better than any of us. What if they stopped being just workers, and started being owners? Surely if they knew their income and livelihood was directly related to production, they would take more responsibility and work harder.

Mama and Papa Liew ummed and ahhed over it for a good six months. The topic was endlessly raised over endless cups of tea or bottles of beer, depending on the time of the day. A million questions were raised, discussed, argued, hashed. Do we assign all varieties to all workers as a team, or individual people to individual varieties? What if it fails- who picks up the pieces? Each time a new question was raised, John returned to the drawing board.

We threw some numbers around, proposed it to the staff, let them mull it over, waited for agreement, then kicked it off on February 1, 2019. We were all a bit sceptical, but you never know unless you try.

On Sunday’s shipment last week the air in the packing room was so calm I was convinced something was wrong. There was no chaos, nobody yelling. Every staff member was hard at work. Nobody was twiddling their thumbs or pretending to do something they weren’t. Everybody contributing. Happy. Productive.

And so, for now, the model works. Smarter staff, more relaxed parents and a beaming John. 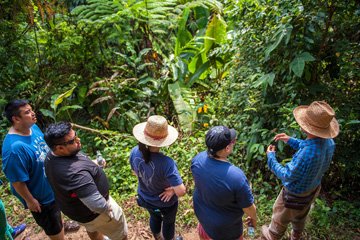